ADDC on sale for less than cash

Here's another simple one. Let's say we have a dark company with $14 per share in cash, $4 in short term investments, about $10 in real estate, and a BV of $26.  They earn almost $1 per share and pay a 3% dividend.  Legit American company.  They send an annual report each year to shareholders and hold an annual meeting but otherwise report nothing. Don't even post the annual report to their website.  What would you say that's worth?  I'd go with $25 or $30, depending on how much you hate dark companies.

Well the company is Addmaster Corporation (ADDC) and the latest price is $12.50. Super cheap.  You can stop reading now as you have the most important part of the story. 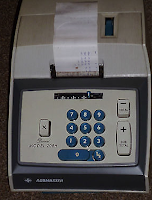 They now make niche market inkjet printers with the bulk of their business as bank teller printers.

ADDC is run by two brothers, John and Hugh Clary, who took over from their father who took over from his father.  I am not certain the percentage inside ownership, when I asked they said the "vast majority" of shares are owned by the Clarys.

ADDC also has a 50.15% stake in Clary Corporation. Yes it's the same Clary and the rest of Clary Corp is owned by the Clary family.  Clary makes heavy duty niche market uninterruptible power supplies (UPS). 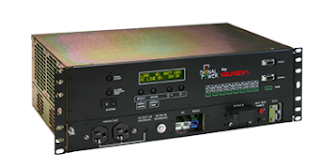 Addmaster business:
I believe their biggest customer is Wells Fargo.  From the 2015 annual report:


The long term trend in demand for banking hardware, such as our printers has been in decline due to transformational changes in retail banking.  This trend continues to impact our banking business and has been the impetus for our focus on new specialty markets.

This last year we experienced a slowdown in branch openings and product replacement at our largest customer which was largely responsible for the decline in revenue we experienced this year at Addmaster Corporation.  We are pleased to report, however, that this customer has selected our product for its next generation system, and though the quantities and pace of implementation are unknown, we expect to see continued activity with them as a result.

At the annual meeting this past Dec 2015, they expanded on the "new specialty markets."  They are actively searching out and testing in new markets.  They have never been, and have no plans to be, a player in the general office or home printer space.  Think specialty niche markets.  Their advantage is the speed, quality, and color abilities of the inkjet printer.  One advantage of their bank teller printer is any paper can be inserted, such as a check.  Cheaper black and white basic printing is done elsewhere.  One area they have provided some printers is voting machines.  One area they seemed excited about was medication bottles as ADDC printers could add color into the mix.

At Addmaster they have successfully expanded the business in the past and are looking to do so again.  Hopefully they can do it

Clary business:
From the 2015 annual report:


Clary Corporation, as mentioned, had a banner year, with sales increasing over 20%.  Our military business continued to grow, this year at a rate of 11%, but the significant increase was in the sales of our traffic industry related products, which jumped 65% over the prior year.  Much of this increase is attributable to a major win for our traffic units in south Florida.  2015 was also a year of new product launch with a 220v unit introduced to the Turkish market which also has broader application.  We also have a development pipeline of several new models for both military and traffic application that are expected to launch later this year.

Clary also does not do commercial or residential business, you have to think specialty niche markets. The traffic business is UPSs for street traffic lights.  Military is for ships.  On the military side of things they have to be super rugged and once a supplier is approved they have quite a moat.

Real estate:
At the annual meeting they mentioned they own 4 buildings across the street from each other in Monrovia, CA.  Some space is occupied by Addmaster and Clary for operations while some is rented out.  They estimated the total worth at $15-16M.

Operations Addmaster vs Clary:
Below is the distribution in sales from Addmaster versus Clary.

Investments:
As an investor it really piques my interest to see investments on a balance sheet.  Are they some stock picking guru darting in and out of underfollowed microcaps!?  Maybe they're more in the momo crowd!  Unfortunately I think in this case it's more boring and conservative that than.  They have $5.4M classified as available-for-sale-securities with net unrealized holding gains on these securities of $150k...3% profit...safe and conservative

The future:
The main thing lacking from this investment, besides visibility, is a catalyst.  I do not see one in my lifetime.  This is a family held company and we are just along for the ride.  The father ran it for years as a dark, under valued, under followed company then handed it over to his sons...so far they are doing the same.

The stock is very under valued.  Overall very solid and stable.  I believe in time others will realize this and buy in, raising the price. Hopefully some day the company buys us all out or gets acquired but I'm not holding my breathe.

They provide a very nice report.  I asked about posting it on their website to gain some visibility and they said no because they think their bigger competitors use their small size against them in bidding wars.  I asked about doing a stock buyback or tender offer with all that cash but didn't get much of a response.  I do not get the feeling they care much about us minority shareholders.  They have a fiduciary responsibility to all shareholders and at the moment it's being shirked.  So we wait and in the mean time hold onto a super cheap company